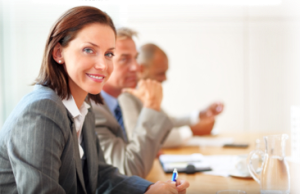 Build it and they will come.

It all begins and ends with you. You lead by example. If you can’t lead yourself, you can’t lead others. It’s as simple as that and as a consequence you will be found undesirable as a mate and relationship choice by women until you develop appropriate leadership skills. Furthermore you cannot possibly be a better leader than you are a person. Leadership starts with your character development and then progresses outward from there into your vision of yourself, your life and your relationships with others.

Pissing into the wind

Regardless of the fact that women have surpassed the equality mark, women are not inclined to transition into gender equity with regards to dating. They are loath to relinquish a system in which the males takes all or at least the majority of the risk of rejection, in initiating the courtship rituals of dating. Furthermore your failure to act upon your gender assigned role of leadership, will be judged as a fitness test to your worth and viability as a mate choice. Be it as it may, if you want that girl, you’re going to have to act and demonstrate leadership attributes… the upside is you have the power of choice. You and you alone decide with whom to initiate. That is your masculine role. Her feminine role is to judge your worthiness and merit when you do. We can rail into the wind for change, but it’s likely to do little if any good.

The King is dead…

The concept of leadership has dramatically changed and the emphasis on hard power of authoritarian and dominance is outdated, yet social dominance plays such an important role in female attraction that manipulating this variable alone can produce dramatic improvements in a man’s life, which is why there is such a strong focus on dominance traits development and practice within the seduction community. Unfortunately these same traits do not transfer well into long-term relationship traits, due to their over-use and reliance that transcends into controlling, suffocating and stifling behavior, which is a hallmark of low emotional intelligence and a pre-cursor to many a doomed relationship. While a vibrant and useful attraction trait, social dominance should not be relied upon as a cornerstone to a healthy relationship, but as a trigger for sustained attraction within a relationship.

Today’s knowledge economy requires and demands new leadership skills and expectations requiring vastly heightened sense of emotional intelligence, relationship skills, team building, collaborations skills, consensus building, mentoring and forging strong personal connections which is incredibly indifferent to men’s historical attributes and culturally defined role models. Many analysts are arguing that men are ill-suited for the realities of not only this new economy, but the emerging society as well, as they reflect similar skills sets. The focus today in leadership is not solely in hard powers but in enhanced relationship-driven soft powers that foster trust, respect and credibility, with a dash of hard power skills where appropriate and when needed. Often this too is done with a measure of tact and diplomacy to find mutually acceptable solutions to a common challenge, as it is widely recognized as a Pyrrhic victory otherwise; a gain from winning one negotiation can be much less than the increased hostility from other parts, resulting in an overall loss. Don’t be in a situation where you win the argument to only loose the relationship with the girl.

Arguably the most important trait for a leader is the ability to communicate effectively. They master not only the craft of language, but attitude and actions to send powerful messages as well. Communication goes well beyond words. Your behavior gives people information about your disposition, opinion or mood-regardless of the words you speak. Your inner character gets expressed outwards with corresponding consequences and ramifications. The manner in which a leader communicates reveals much about your character. It can disclose your authenticity, sincerity and virtually every other aspect of your character, not just in the moments of bold and decisive decision-making.

While feminist and culture may rail against patriarchy, ultimately it is what they expect and demand that a man takes the lead not only in initiating, but throughout a relationship. But unlike the authorial stance of old, women desire a guide and an equitable stake in the relationship without outright subordination. To successfully navigate this new complex social construct, men will have to learn a great deal more leadership skills than what typically have been previously the gender defined roles. While popular culture may rail against this, women are happier when their men are men and they are the woman in the relationship.

3 thoughts on “Leadership as a requirement”